My New Buggy - My New Babies

The first thing that I want to show off is my new doggy buggy. 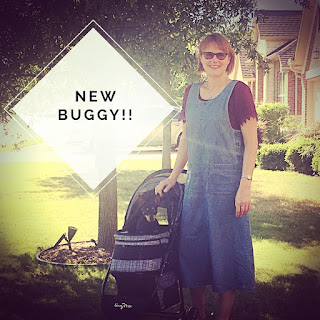 It's a Gen7 Regal Plus that I bought to replace my old purple one after its zippers broke. This one is definitely better made: the zippers are silky smooth, the fabric of a higher quality, the frame more sturdy, and the wheels roll like they're on glass. I can't recommend it enough.

The other thing we've been doing is taking Zoot to dog shows around central Texas. The highlight so far was winning OH Group 4 at Navasota back in March. 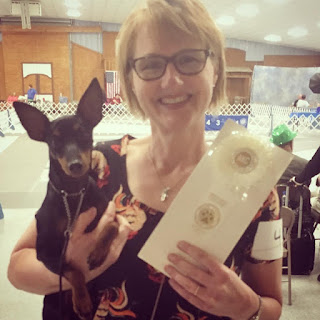 In the meantime, we've had the most awesome time in catching up again with little sister, Coco AKA "Sophie Mae". She's no match for the speedy long legs of "Zooty-Pie", but they do nothing but non-stop play when they get together. 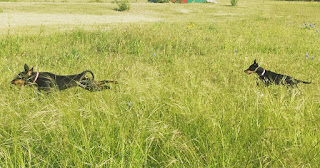 And now for our biggest news: as I write this, I am on puppy watch for another litter, a repeat breeding of my ETT bitch, Bonnie, with the TMT Am Champ Maggical Southern Gentleman, AKA Rhett.

We had x-rays taken last week and have confirmed three, possibly four, puppies. Judging from the activity in mama's tummy tonight and a distinct lack of appetite, I'd say we could be welcoming them to Central Texas in the next 24 hours! 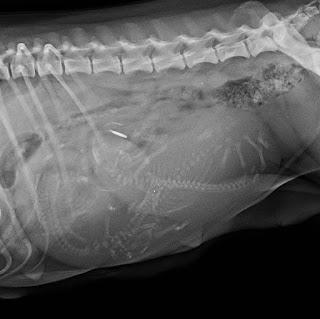 Mama and daughter Zoot are looking decidedly radiant in the Spring sunshine, but all I can say is watch this space! 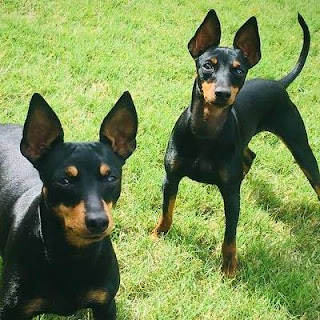 Banksy asks that I not leave him out of the update, so here he is with the girls on one particular day where they were all getting along and happy to smile for the camera. 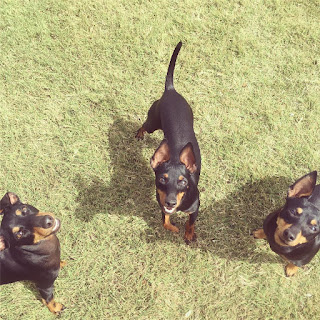