Will There Be Puppies in August?

June 25, 2019
Oh my gosh! You couldn't make this up! I return to Texas from a business trip to the UK to find that my foundation bitch (and new champion), Bonnie, is not only coming into season, but IS IN SEASON NOW!!!! 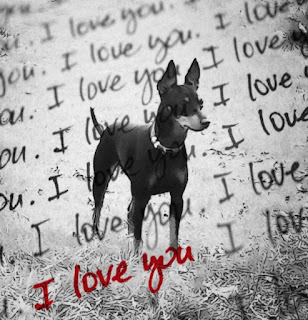 Fortunately, I had lined up a stud dog in north Texas many months ago, and they were around to accept a flying visit right after the vet said, "Yup. She wants breeding today!"

I didn't even have a chance to gather up her favorite food or pack her crate or anything, because it was a long drive ahead of me JUST TO GET THERE, much less come back that night.

We left her up there for a few days and had a lot of good "action", so all being well, we should have puppies around the middle of August. We are already taking puppy applications for them, so if you want to get high up on the list, you'd better fill one out sooner rather than later!

For your benefit, I've included the pedigrees of the dam and sire so you can feast your eyes on some lovely ancestors that they share in the old Rosewood line, and you may also get excited at seeing the  Amalek breeding in Bonnie's background, the English Toy Terrier connection that I purposely brought over to Texas to broaden the US gene pool.

Click on them to make them bigger - they are clearer if you do that.

First is Bonnie's English pedigree because it goes back further than her American one: 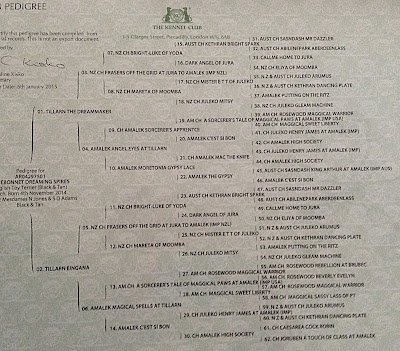 The second one is the pedigree of "Jack". A nice little mover with a small mom and sister, so we're really hoping the puppies will be weighing in at less than 10 pounds, as all of Bonnie's puppies from two litters have been doing so far. 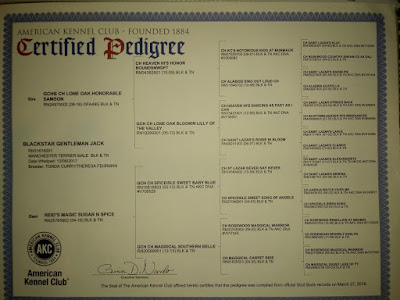