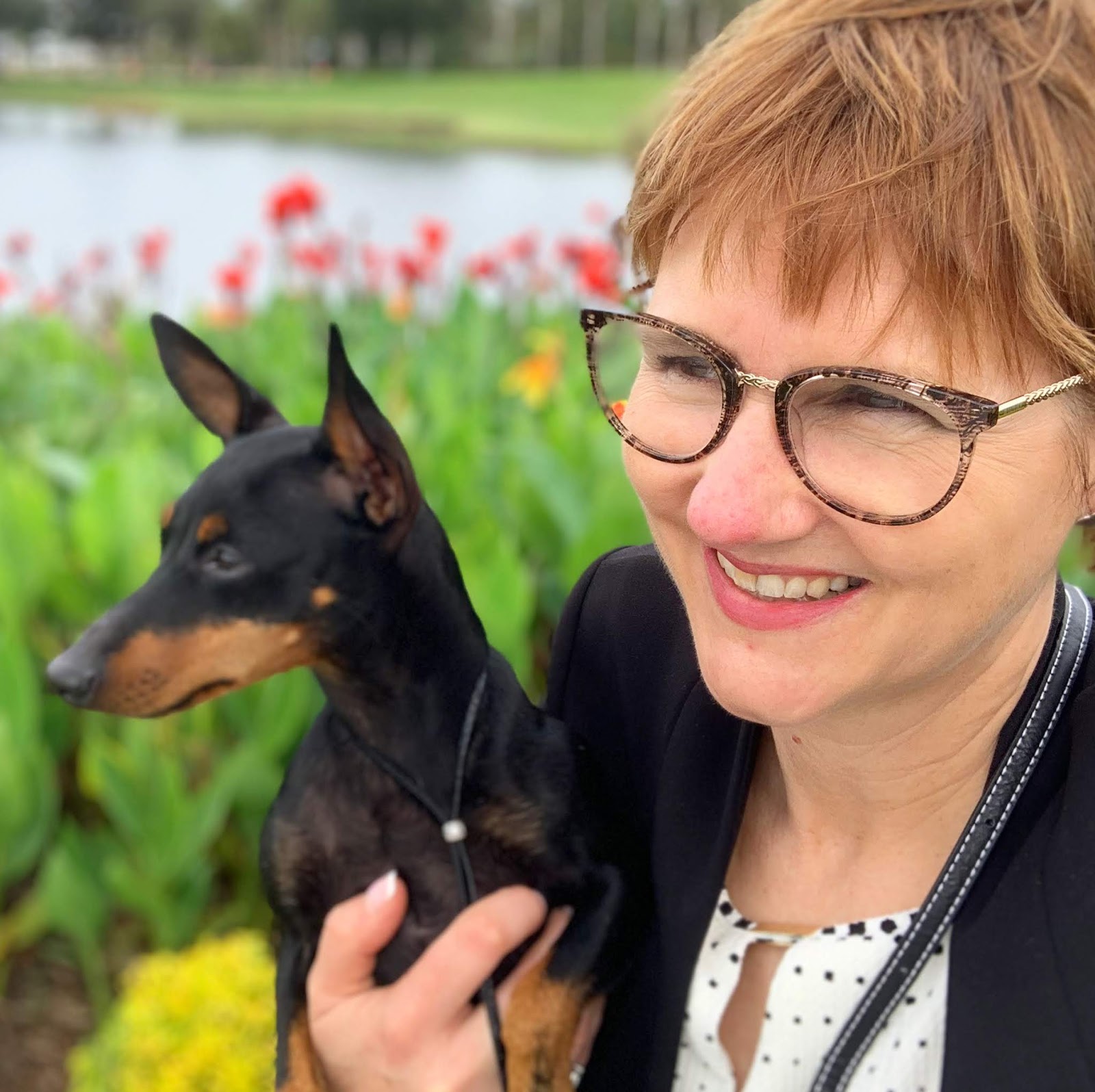 In mid-December every year, one of the biggest dog shows in the country takes place in Orlando. It's called the Royal Canin show, but even though it's only a weekend show, the whole week before is full of smaller shows at the same venue, including the Manchester Terrier specialty where large numbers of our breed turned up. 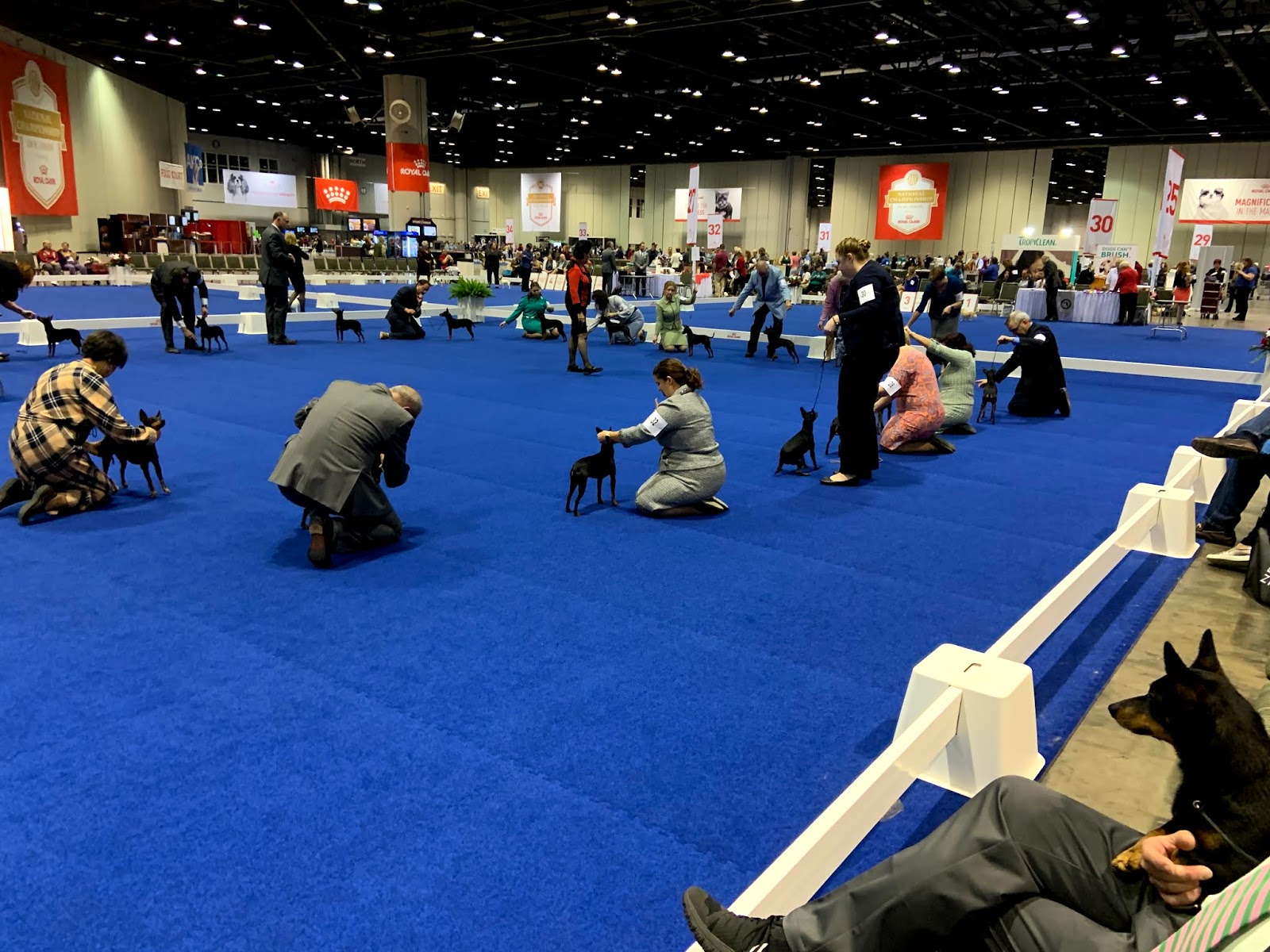 The event is tiring and requires some stamina, but we also enjoy ourselves at night, going to restaurants or bars or even doughnut shops at 10:30 pm! 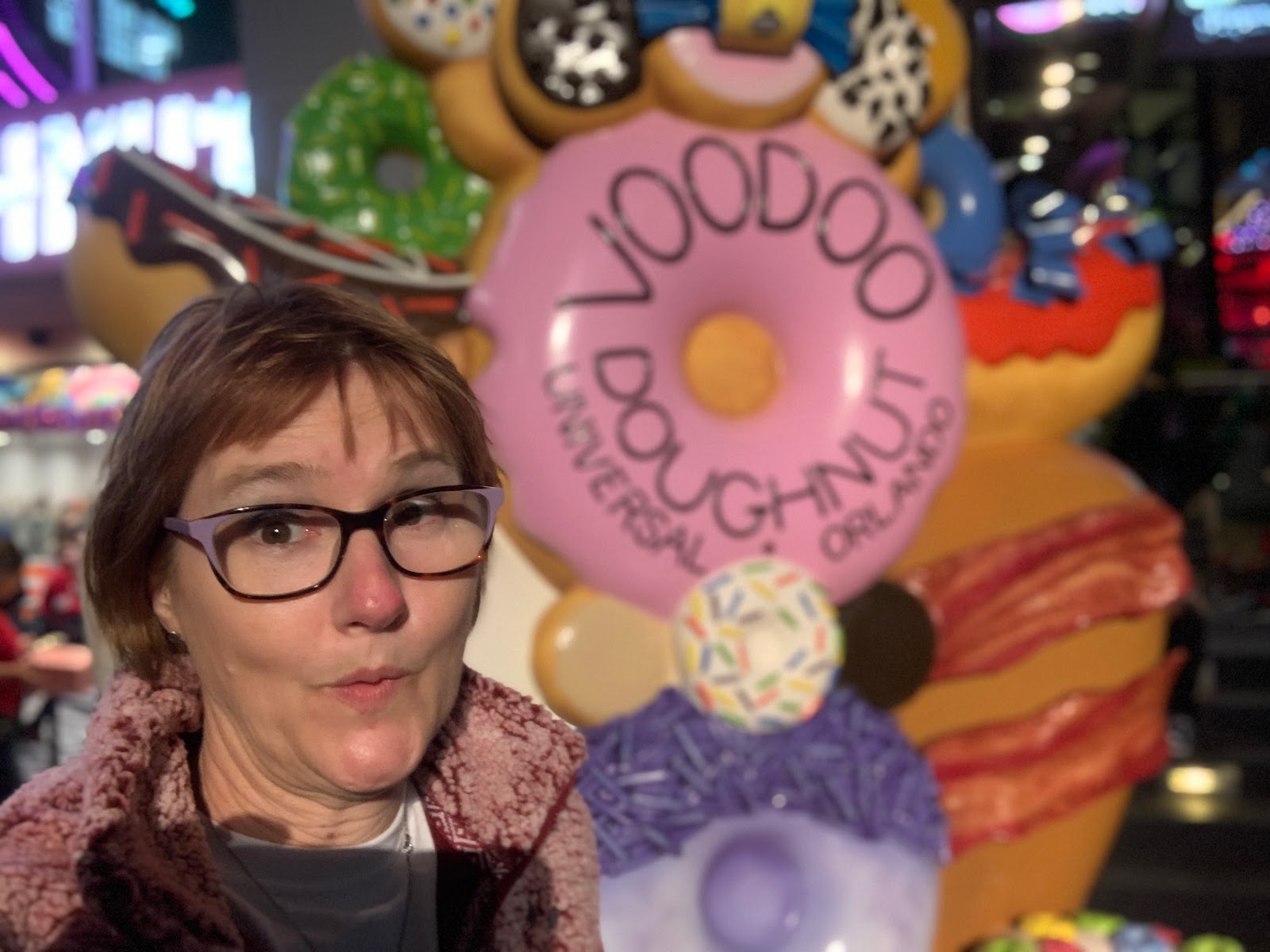 I do wish we'd come away with more ribbons than the 2nd and 2 x 4ths, but it was an event not to be missed, a chance to meet people you've only ever heard of or seen on Facebook, and to see a large number of dogs to compare toplines, movement, head shapes, and all kinds of things that are hard to appreciate until you see a big group of them, side by side. 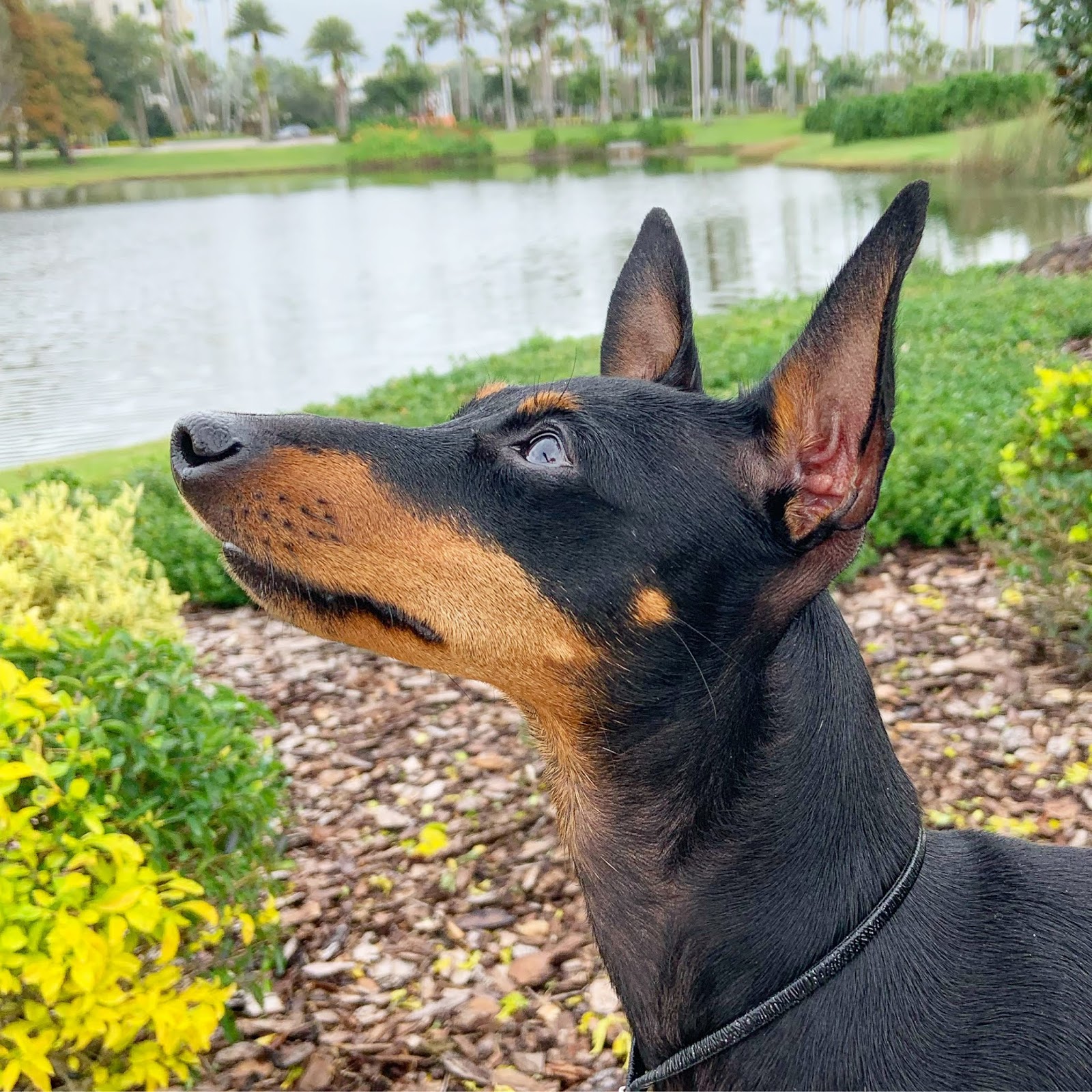 The weather in Florida in December is a lovely change from dreary, cold winter, though there was more than once than I got caught in a downpour on one of Zoot's "bathroom breaks" around the lake. One of them took place 10 minutes before I was going to go into the ring with her, so I had to enlist the help of a nearby groomer to dry me off! 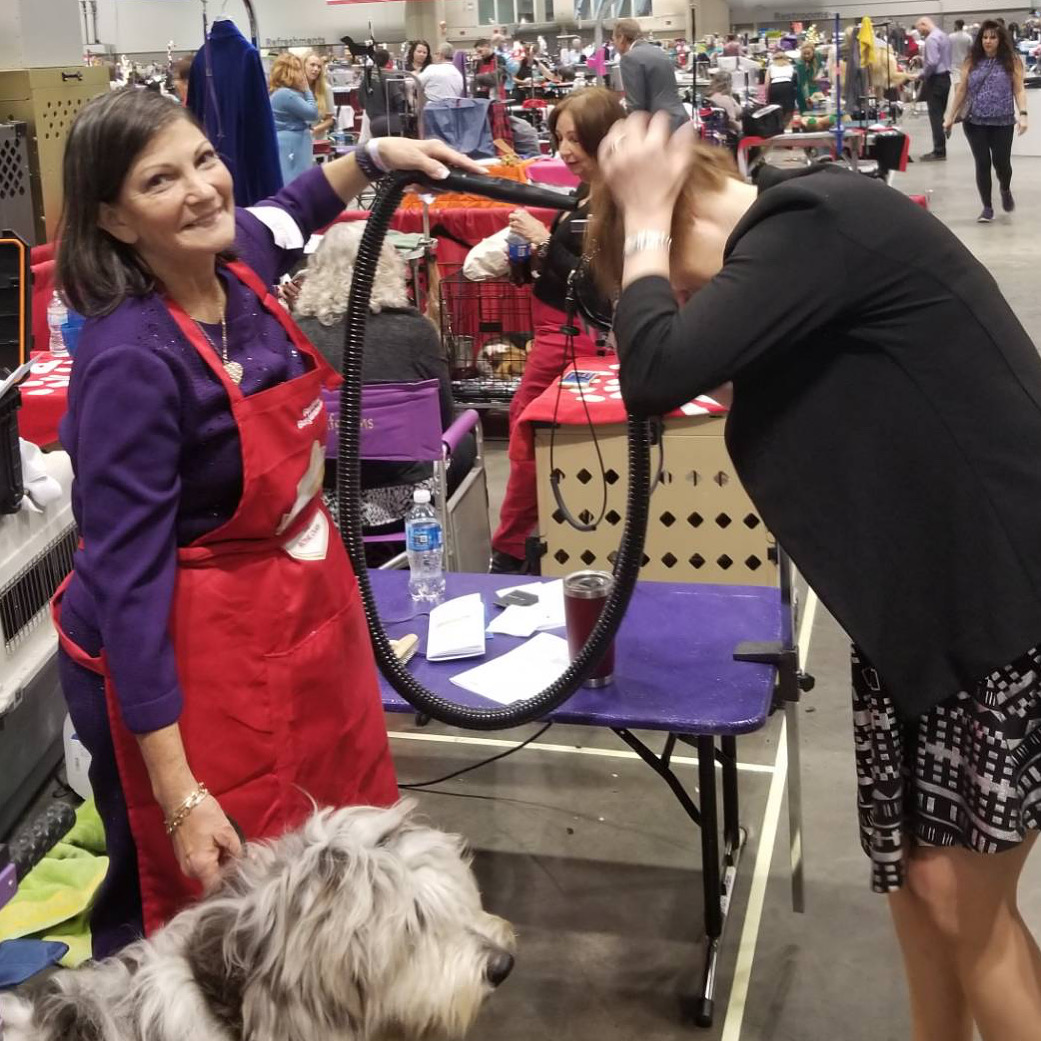 Best of all, Zoot made some good friends in my traveling companions, Jan and her daughter Haylee, and now I'm not sure if she wouldn't rather be with them! 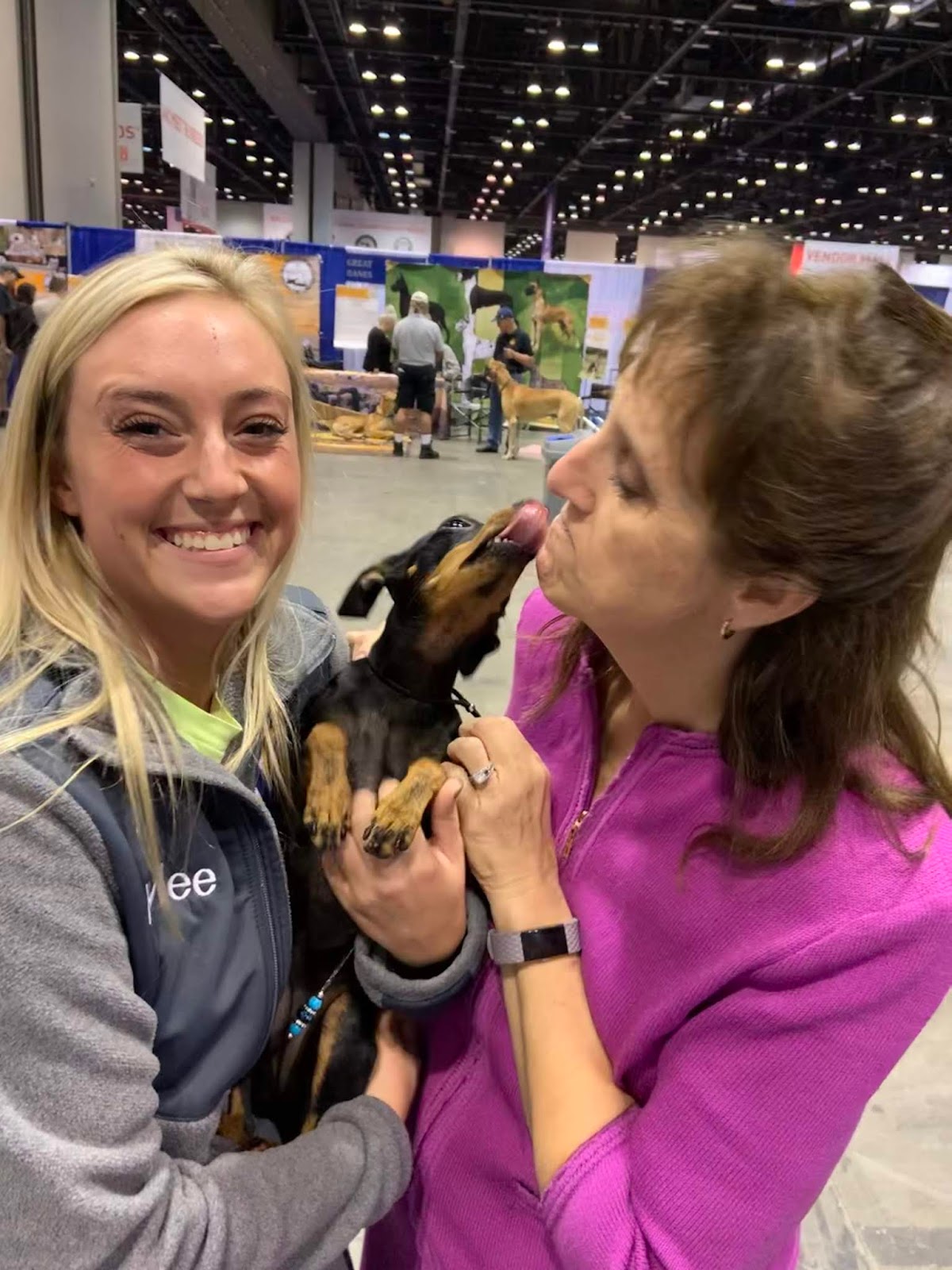 The other thing that they do at Royal Canin is have Meet the Breed booths, and Zoot and I manned the Manchester Terrier booth for two days in a row. It took me four days to recover my voice, and in the meantime, the road trip home for Zoot was a great chance to sleep off the excitement! 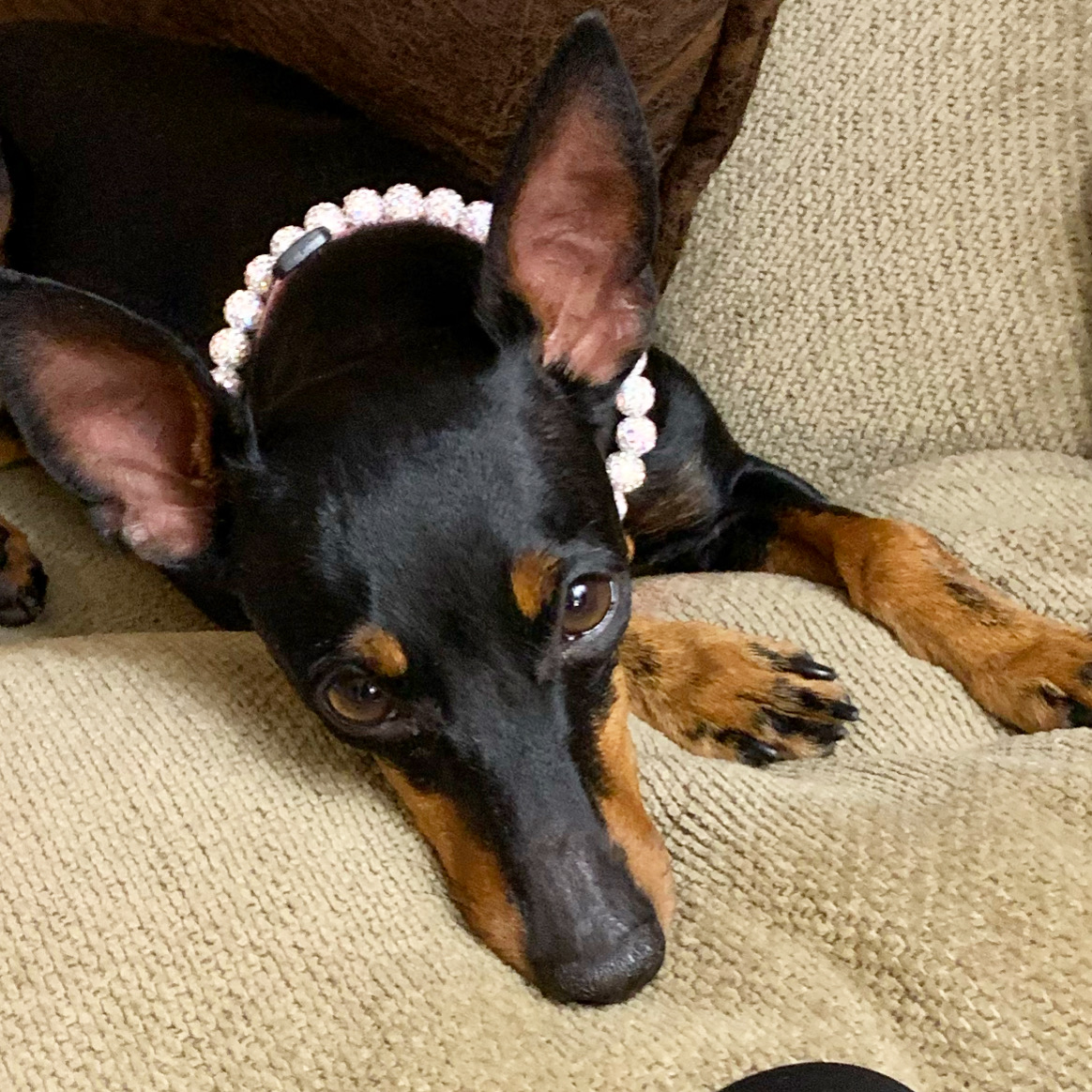 I hope we get to go again next year!