I can't believe how much has happened and I've not been writing about it! Champions then Grand Champions and more puppies: really, what have I been doing, sitting on all these great brags?

Let's work our way backwards, starting with the latest little bundle of scrumptiousness, our little Carpe Diem baby, "DJ" - he is the last puppy of our foundation dam, Grand Champion Bluebonnet Dreaming Spires at Texangals TKN. We bred her to her grandson, Grand Champion Texangals Diego's Got His Knives Out, to solidify those English genes before I spay and retire her.

We had another set of puppies in July when we bred Champion Texangals Zoot Just Zoot to Texangals Rohan Heavens Door: Lois Lane and Jimmy Olsen. 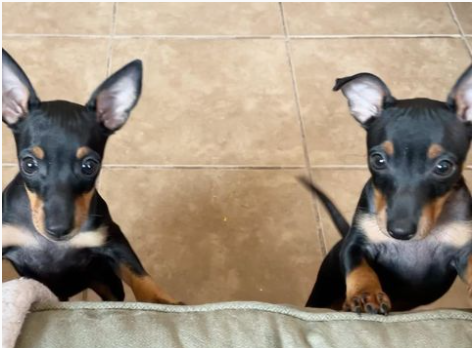 Lois is now called Lucy and already starting off her promising show career; Jimmy is now called Winston and is enjoying his life near Dallas as a man of leisure! 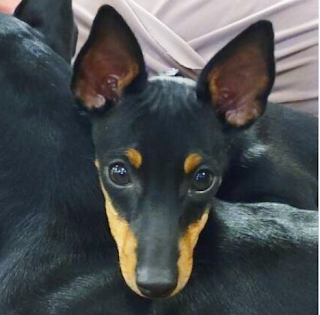 Texangals Little Miss Lois Lane
Our other big news recently comes from our "UK branch", where our English Toy Terrier, Nasabe South Down Rambler at Texangals, entered his first show and managed to qualify for Crufts. 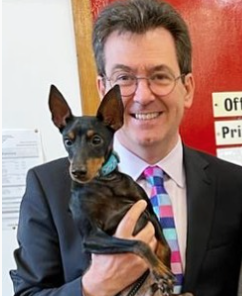 "Call me Larwood"
While we gathering up milestones, let's talk about Texangals Bizarre Adventure at de La Bete, our little Lisa from the 2019 litter between Bonnie and Blackstar Gentleman Jack (this is the same litter from where "Robbie",  Lois/Clark's sire, comes from). Lisa showed for the first time under the steady hand of her daddy, Blake Haman, swooping into the Halloweed Belton shows and coming not only came Best Opposite Sex against specials, but also got her final major and finished her championship. 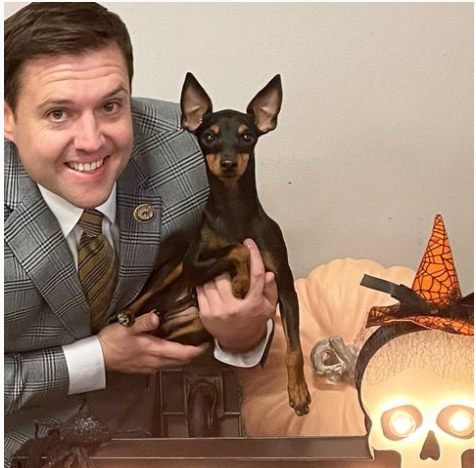 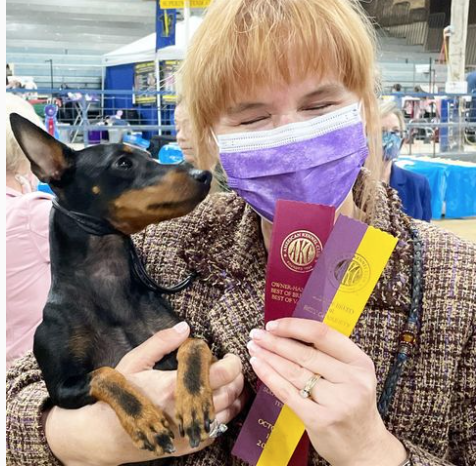 Diego puckering up for a rare kiss
But Katie also did one (or two) better: she was awarded a Group 4 in regular group, and on the same day, a Group 1 in Owner-Handled. In the current stats that started in October 2021, she is OH 3rd in the nation. 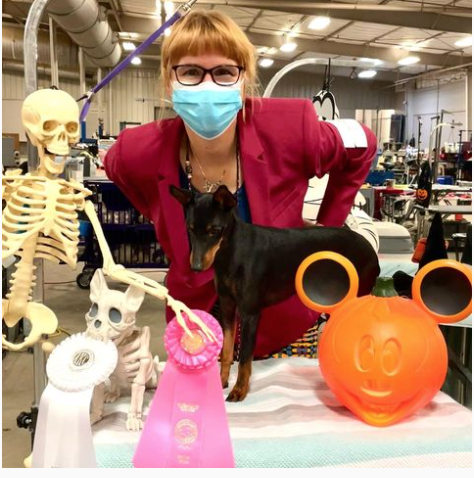 Katie shows off her Halloween swag
Our first Texangals ad featured in the Showsight magazine for September. I may do another when I can get some photos that do Katie and Diego justice: it's just hard to photograph a black dog, it seems! 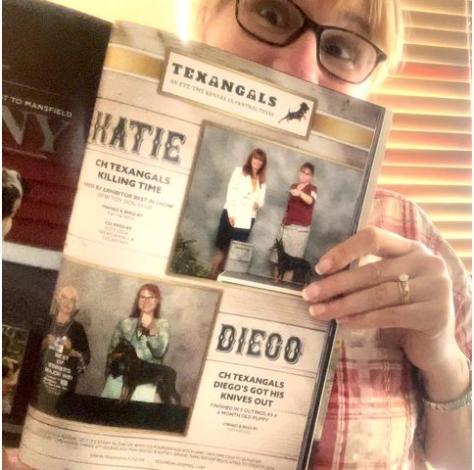 This final photo is Diego (left) with his mama Zoot (right) and granny Bonnie (rear). I guess I'd better take another one of FOUR generations now that DJ is on the scene! 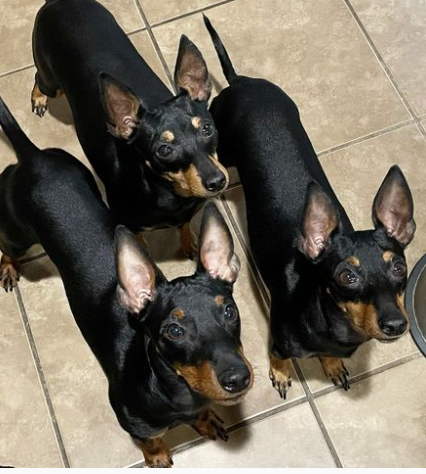